Vehicle Malfunctions: Who is at Fault? 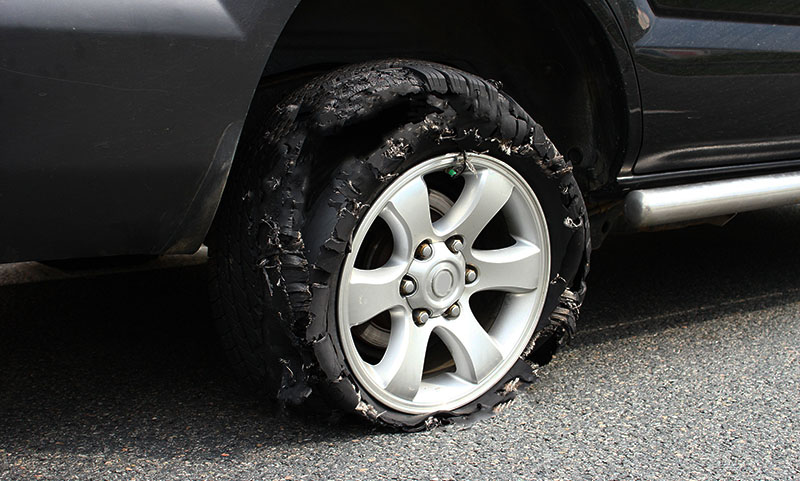 When a vehicle’s mechanical failures cause an accident that causes serious injuries or death, who is at fault? What’s the vehicle malfunction law? Many malfunctions are minor such as flat tires, burned-out brake lights, or a dead car battery, but some mechanical failures such as tire blowouts and brake failures can lead to lethal outcomes when they occur at medium to high speeds.

Under normal circumstances, the California statute of limitations for both personal injury and product liability claims is two years. California’s Code of Civil Procedure 335.1 also states that the statute of limitations for car accidents is two years. So, after an accident that causes injury or death as the result of negligence or wrongdoing by another party, a victim or their family will have two years from the date when the accident occurred or two years from when the victim passed away to file a lawsuit. If an accident in California results in only property damage, the victim has three years to file a lawsuit to recover compensation.

Before a personal injury or product liability claim can be filed in California, evidence such as medical records, witness testimony, and police reports must be gathered. Negotiation with the insurance companies can also be a lengthy process, so it’s a good idea to get started on building evidence for the claim as soon as possible.

Types of Vehicle Failures that Commonly Lead to Accidents

Although vehicle manufacturers design & build automobiles that are meticulously tested for safety, car accidents can be caused by errors that are made during the engineering or manufacturing process. If an accident is caused by a manufacturing defect, the injured victims or their families may have the opportunity to recover compensation through a product liability lawsuit.

When a design flaw plays a factor in causing an accident, the manufacturer may be responsible for providing compensation to victims and their families. Many of these flaws are the result of improper materials being used for a particular part or a lack of proper testing under different conditions that could lead to failure. For a product liability lawsuit based on injuries caused by flawed product design, it must be proven that the manufacturer was the one who designed the faulty product and that the faulty product was the cause of the accident that resulted in injury.

For production errors, negligence in the manufacturing process can lead to faulty parts or products that lead to vehicle accidents. If an injury was caused by faulty products that were constructed or tested improperly, a victim or their family might be able to recover compensation for the damages caused by accident through a product liability lawsuit on the basis of negligence.

Although most situations where a vehicle’s mechanical failure causes an accident relieves the driver of all liability, there are situations where the driver can still be held liable for the crash. If a commercial vehicle is not properly maintained and is involved in an accident that causes death or injury, the owner is most often held responsible for damages caused as a result. If an owner knew that their vehicle had issues that they were not having fixed, then they could be held directly liable, but if they took a vehicle to get fixed and it was not done properly by a mechanic, then the repair shop or the mechanic who incorrectly fixed the vehicle, whether intentional or not, could be held liable for the damages. If a vehicle owner does their own maintenance or repairs, then they are liable for making sure the parts that are put into the vehicle are safe to use and that they are installed properly.

Nearly 25% of all vehicle accidents are attributed to brake failure, according to the National Highway Traffic Safety Administration. A few things that commonly cause brakes to become defective are depleted brake fluids from faulty brake lines, ABS errors that cause the vehicle’s brakes to lock up, and worn out brake pads. Each of these factors can play a major role in the probability of a rear-end collision occurring and could be the fault of the driver, mechanic, or manufacturer depending on the circumstances that caused the accident itself.

Over 75,000 tires give out on cars in motion every year. These situations are caused by a number of factors, including low tire pressure, dangerous road conditions, defective tires, and overweight truck loads.

Underinflation is one of the quickest ways a tire’s integrity can be destroyed. Each of the internal components, including the steel, rubber, composite, and fabric structures of the tire flex beyond their normal limits when a tire is underinflated, potentially leading to significant reductions in the tire’s lifespan.

Sometimes, tires can receive critical damage that they do not show for miles until they give out. Under certain conditions such as high speeds, high ambient temperatures, or under heavy load, a previously damaged tire may not be able to sustain under the increased stress caused by these conditions. 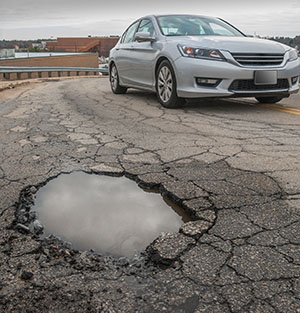 For tire pressure, whoever is responsible for maintaining the vehicle’s conditions, such as the trucker or their trucking company, are often held responsible for causing the crash.

Dangerous road conditions, such as potholes or foliage present on the roads, might be a fault of the local government or road maintenance teams who are responsible for keeping the roadways safe. However, if the road conditions are made dangerous by the presence of weather catastrophes such as hurricanes or tornadoes, it may be the driver’s responsibility for choosing to drive through these conditions.

Overweight trucking loads are typically the fault of the driver or the company who may have pressured them into taking on more than their vehicle could handle.

The hacking of car computer systems is becoming more common each year as newer vehicle designs have computerized systems that replaced mechanical ones. Although software testing can help to diminish the possibility of a car’s computer being compromised, there may still be the possibility that a hacker can break into the vehicle systems and affect them in a negative way. In recent years, hackers have been able to remotely control the braking, steering, and throttle of various digital vehicles. In the case of an accident that is caused by one of these hacking incidents, the security issues that were overlooked by the manufacturer or company that wrote the vehicle’s software may be able to be held liable for the damages caused.

Get Help With Your Auto Accident Case Today

At Heidari Law Group, our team of litigation lawyers has years of experience dealing with personal injury & auto accident cases across California and Nevada. Reach out to an experienced auto accident lawyer for a free case evaluation today.