Harassment in the workplace is not uncommon, but it is illegal. If you or a loved one have been victims of workplace harassment, then contact Heidari Law Group today for a free case evaluation. 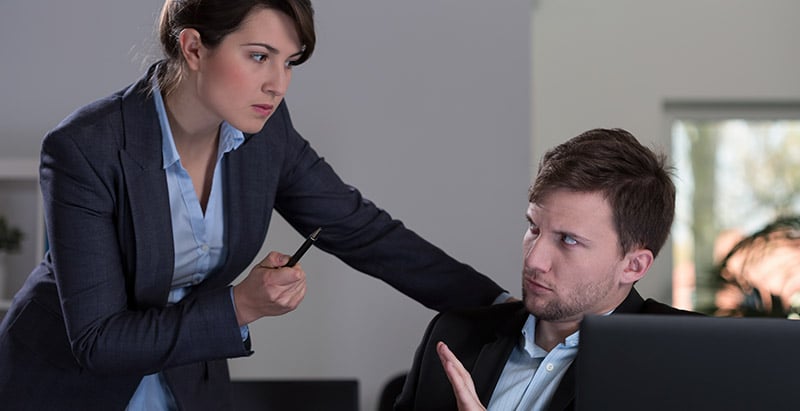 What is Workplace Harassment?

Harassment in the workplace is a form of discrimination that employees are protected from by both federal and state laws. The Age Discrimination in Employment Act of 1967 (ADEA), Title VII of the Civil Rights Act of 1964, and the Americans with Disabilities Act of 1990 (ADA) provide employees with a multitude of protections against unwanted conduct in the workplace. Employees are also protected against retaliation for engaging in the complaint process such as filing a harassment complaint with the Equal Employment Opportunity Commission (EEOC), testifying in a harassment case, or participating in the investigation process in any way.

It’s considered to be an unlawful level of harassment when:

Petty annoyances, slights, and isolated harassment incidents will typically not qualify as unlawful but could be considered illegal harassment if the conduct creates a hostile work environment for a reasonable employee.

Offensive conduct in the workplace can include a wide variety of actions such as making offensive jokes, interfering with work performance, using slurs, name-calling, intimidation, making threats of violence, physical attacks, ridicule, hanging offensive pictures, or other forms of workplace abuse. 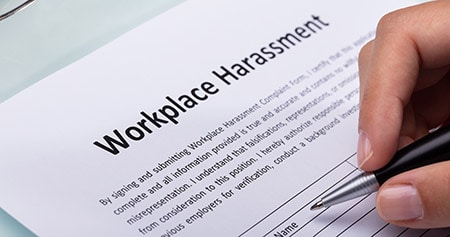 Based on federal law, most American employees have 180 days to initiate the complaint process with the EEOC, but this limit can be longer or shorter in certain states based on local laws. However, federal employees are only given 45 days from when the harassment occurred to contact an EEO counselor regarding a complaint.

The recommended first step in dealing with workplace harassment is to confront the harasser directly, bring it to their awareness that the behavior or conduct is offensive. If the harassment continues after the issue has been brought to the employer’s attention, then an employee should follow the company’s listed policies first before filing a formal complaint with the EEOC.

The first step in filing an official complaint is contacting an EEOC counselor. From here, the employee is often given the choice of participating in an alternative dispute resolution (ADR) program to try to settle the dispute between the involved parties. If the ADR program is not successful in resolving the complaint, then the employee can lodge an official complaint against the employer with the EEOC. The complaint must be filed within 15 days of receiving notification from the EEOC on how to file.

If the complaint is not dismissed for a procedural reason, such as it was filed outside of the allowed date, then the agency is given 180 days to investigate the claim and form a conclusion on whether or not the discrimination occurred. From this part of the process, the employee can either request a hearing with the EEOC or accept/deny the decision that the agency made regarding whether discrimination occurred. If the employee disagrees with the decision made by the agency after the investigation, they can file for an appeal & challenge the decision in a federal district court.

After the formal complaint process has been completed, the employee can choose to file a lawsuit. This can be done:

Put an End to Workplace Harassment with Heidari Law Group

Get a free case evaluation from an experienced team of employment lawyers today by calling Heidari Law Group at 1-833-225-5454 or reaching out to us via contact form.