Have you or a loved one faced unjust retaliation from an employer? Contact a workplace retaliation expert at Heidari Law Group today for a free case evaluation. 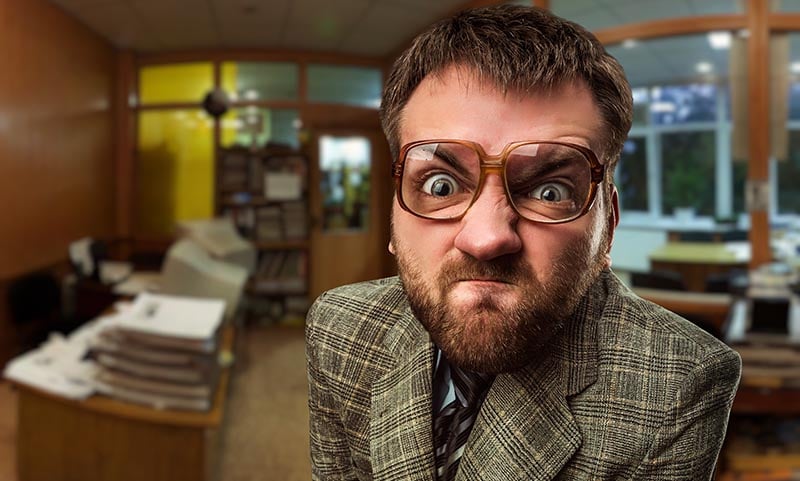 What is Retaliation in the Workplace?

Retaliation is when an employer takes disciplinary actions on or creates a situation for an employee due to their partaking in an activity protected by rights granted from the Equal Employment Opportunity Commission (EEOC). In some cases, retaliation can occur before an employee has even taken part in a protected activity such as when a company policy or practice is in itself unlawful or discourage employees from exercising their EEOC-given rights.

According to the EEOC, nearly half of the complaints filed in 2017 included a retaliation charge. This accounted for more than any other type of complaint by far, showing that retaliation is not uncommon among American companies.

Workplace retaliation can include any adverse action taken on an employee for engaging in a protected activity. This can include actions such as:

Most of these types of employer actions are clearly negative, but some forms of retaliation can be much more subtle. This can include situations where an employer gives an employee a much harsher employee performance evaluation, increases their scrutiny on the employee, or makes the employee’s work more difficult in response to the employee’s participation in EEOC protected activities.

Under the protection rights granted by the EEOC, it’s unlawful for an employer to retaliate for activities such as:

Under all circumstances, participation in any complaint process is fully protected against retaliation by the law. Employees are protected from making many other actions in the workplace to oppose potential discrimination as long as they were acting under reasonable suspicion that practices in the workplace could be violating EEOC laws.

Even if disciplinary action was enforced on an employee after they filed a complaint with an EEOC, it’s not necessarily always considered to be retaliation. For example, if Jim was fired just after he filed a complaint with the EEOC, but the employer let Jim go because of his consistently poor performance and has the documentation to back that claim up, then this would not be considered an act that was made in retaliation to Jim’s filing of the complaint.

Steps to Take If You Suspect Retaliation

Regardless of whether you plan to act on your suspicions or not, the most important part of building a workplace retaliation case is gathering evidence. Without a sufficient level of documentation showing the employer’s alleged retaliatory behavior, it will be nearly impossible to prove that an employer’s actions were taken in retaliation and not for some other, possibly-valid reason. Keep records of emails, job performance evaluations, or other documents that may be helpful in showing a change in employer’s action due to retaliation.

If an employer is unwilling to stop or change their retaliatory behavior, then it may be time to contact an employment lawyer to get legal advice on what your options may be for getting compensation.

Elements Involved in a Retaliation Case

If an employer is sued for retaliation and wins the case based on the evidence, they can still lose the case based on reported retaliation if the complainant can show a history of the employer’s bad conduct. If the complainant’s legal team can show a trend of bad conduct from the employer, it may bring the ethics of their character into question & open the door for speculation around the possibility that they may have retaliated even if they did not.

In California, the statute of limitations on filing a claim for retaliatory workplace actions is 2 years, but this window is different for many states across the country. In Pennsylvania, for example, employees have only 180 days to file a claim for workplace discrimination such as retaliation under state employment laws.

As soon as the claim has been filed within the timeframe, an investigation is opened into whether or not the claim can be resolved without going to court. If it is determined by the EEOC, state, or federal investigator that the claim cannot be resolved, then an official letter entailing the employee’s right to sue is sent. After this, the employee can file a complaint in either state or federal court to attempt to receive compensation for the retaliation they have faced. If the claim is made at the federal level rather than at the state level, then an employee typically has 90 days to file suit after they have received confirmation from the EEOC of their right to sue.

If you’re looking for help with a potential workplace retaliation case, you shouldn’t have to settle for anyone who doesn’t have a significant level of experience in the subject matter.

At Heidari Law Group, our team of employment lawyers has years of experience building successful arguments in cases of workplace discrimination, workplace harassment, wrongful termination, and wage & hour disputes. We understand the difficulties that employees are going through when facing retaliation from their employer and can help you build a strong legal argument based that’s based on the facts.

Get in touch with an expert in employment law today at 1-833-225-5454 or fill out our contact form for a free case evaluation today.