Have you or a loved one been treated unfairly at work because of discrimination? Contact an experienced employment discrimination lawyer at Heidari Law Group for a free case evaluation today. 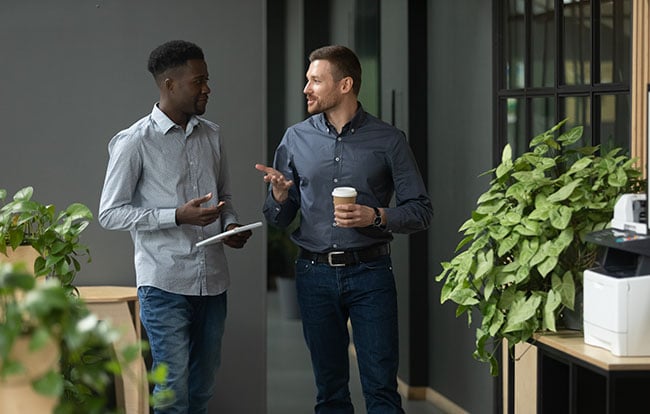 Workplace discrimination unequal or unfair treatment of an employee based on their personal characteristics or perceived membership in a protected class. Under both federal and state law, employees are protected against being fired, demoted, refused for employment, or otherwise treated unfairly on the grounds of discrimination. All forms of employment discrimination are punishable by law and may result in various citations, corporate fines, and possibly more severe penalties.

Which Employer Actions Can Qualify as Discrimination?

Differences Between Discrimination and Harassment

Victims of workplace discrimination may suffer unjust denials or promotion, wage inequity, wrongful termination, and severe emotional stress. The unequal treatment of protected class members by employers comes in many forms, but regardless of which protected class you may be a part of, you have the right to sue for discrimination if your class is being treated unfairly when compared to how other classes are treated at your place of work.

These are the various types of classes which workplace discrimination laws protect:

According to statistics from the EEOC regarding the number and types of workplace discrimination complaints filed, nearly 1 in 3 American employees has faced some type of discrimination in the duration of their career.

Percentage of charges filed by type of discrimination in 2019:

Since many cases involve multiple types of discrimination, the total will add up to over 100%.

To have a valid workplace motivation case, the negative action that the employer took does not need to be purely motivated by discriminatory reasons but could still be considered wrongful if discrimination was even partially to blame. Since most employers won’t directly admit that they participated in discriminatory practices, evidence for an employment discrimination case is mostly indirect.

Indirect evidence could include many different things that expose the potential that discrimination played a role in the negative action being taken. Typically, the best indirect evidence is that which directly contradicts the employer’s reasoning for the negative action being taken, opening the road for the possibility that it was caused by discrimination. Another type of approach based on indirect evidence is when the employee’s legal team is able to paint the picture that there is a consistent pattern of discriminatory treatment that others may have experienced as well based on their perceived membership in a protected class.

Planning to File a Discrimination Complaint?

The EEOC complaint process can be somewhat complicated, but with the help of an experienced workplace discrimination attorney, you have a better chance of securing a better outcome. Our firm has extensive experience in fighting corporations of all sizes to get compensation for employees who were the victims of discrimination. We understand the complexities of how these cases are won and can provide you with solid legal counsel throughout the process. From Los Angeles to Las Vegas, we’ve fought employment cases all over the west coast.

If you think you’ve faced discrimination at your job, then give us a call at 1-833-225-5454 for a free case evaluation from a reputable attorney. Contact us at Heidari Law Group today to schedule a consultation or get more information.