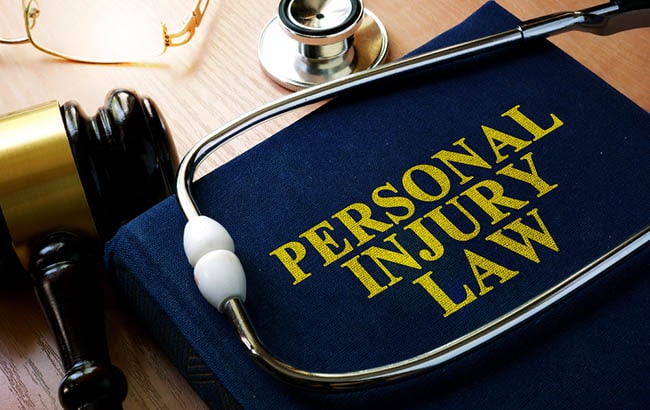 Personal injury law was established to help those who were psychologically or physically harmed by the negligent actions of another party to obtain reimbursement for their losses. A classic example of a negligence-based personal injury claim is in the case of a car accident where the cause of the collision was a driver’s failure to exercise reasonable care. When drivers fail to act in a reasonable way while on the road, they may be found liable for compensating the victim for damages caused by the accident.

The statute of limitations is a time limit imposed by the state for filing lawsuits through the court system. The length of the limitation is different based on the state where the injury occurred, but it can range from one year to six years long in the United States. These deadlines are relatively strict as nearly every case filed outside the deadlines is immediately dismissed, but there are rare circumstances that could extend the statute of limitations.

Many states across the country have implemented a discovery rule exception to the statute of limitations that extends the filing of the deadline based on situations where the injured person had no knowledge that they had suffered an injury or that someone else’s potential actions may have lead to or caused that injury. An example of this would be if someone ended up in a coma after a car accident. A coma can last for years, so the standard statute of limitations may have already passed in those situations, but based on the fact that a victim may not have even known that they had suffered an injury after ending up in such a state, they should be able to file a lawsuit as they can argue that the clock did not start ticking on the deadline until after they had awakened and been made aware of the situation.

These are situations where personal injury lawsuits can be common.

Compensation for damages in a personal injury lawsuit can be extensive & can include: medical expenses, physical damages, emotional damages, loss of affection, lost income or work opportunities, and possibly punitive damages.

Whether you were involved in a car accident, motorcycle accident, or even an accident with Uber or Lyft, Heidari Law Group goes above and beyond in ensuring all clients receive the very best experience from beginning to end. Common California personal injury cases that we handle:

The biggest determining factors in how much compensation can be recovered are how the accident occurred and the severity of the injury.

Why You Should Hire a Personal Injury Attorney

Hiring an attorney to help you with a personal injury case has a few distinct advantages.

Get in Touch with a Personal Injury Lawyer Today

If you are ever in need of a well-established team that focuses on personal injury than Heidari Law Group is the right firm for you. Don’t wait until it’s too late to get the proper compensation. Call Heidari Law Group today at 1-833-CALL-HLG (1-833-​225-5454) or send us an email at [email protected] to get started.