If you’ve been injured in a truck accident, get the compensation you deserve with the experienced team at Heidari Law Group. 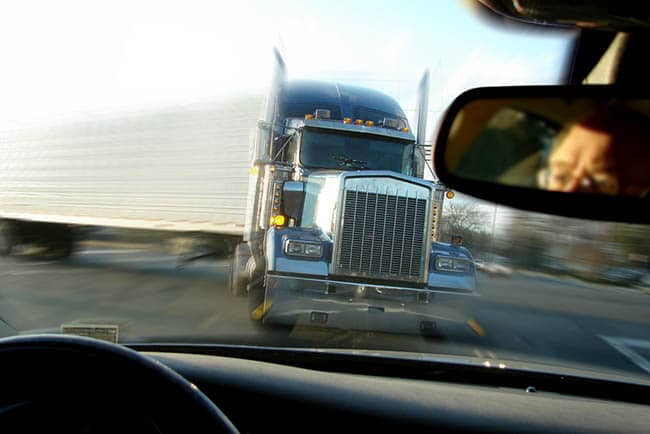 Commercial trucking vehicles are a critical transportation factor in many of America’s industries, but they can be hazardous on the road. Close to 5,000 Americans perish in trucking accidents each year. Commercial trucks were involved in nearly 10% of all annual accident fatalities in the United States, and most of the fatalities were drivers or passengers of the other vehicles involved. Tens of thousands more are injured in trucking accidents across the country each year.

If you’ve been injured in a vehicle accident involving a commercial truck, then you need an experienced team of trucking accident lawyers to help you recover the most compensation for your suffering.

Close to 25% of accidents involving a commercial truck are caused by driver error and roughly 5% are caused by mechanical failures. Most truck drivers around the country work excessively long shifts which put themselves and other drivers at increased risk of being part of an accident. These are the most common factors that contribute to trucking accidents: 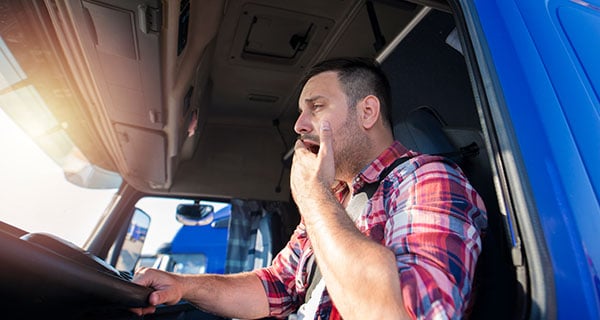 Driver fatigue is a huge issue in the trucking industry and for drivers on the road as whole. According to a national study conducted in the United States, many truck drivers across the country average less than 5 hours of sleep a day. This puts them at risk for feeling drowsy at the wheel, increasing the likelihood of causing an accident. Another study comparing over 100,000 truck accidents concluded that over 10% of the truck drivers involved in the accidents were fatigued.

To combat this issue, the government has implemented a number of laws to limit the hours which truck drivers can drive. These regulations require commercial truck drivers to:

Despite the various regulations that have come into play to prevent fatigued truck drivers from heading back out onto the road, many truck drivers take the incentives which are offered to them for delivering their cargo more quickly, putting them and other drivers of the road at elevated risk for the sake of profit.

Distracted driving is another major factor that may play a role in up to 70% of all commercial trucking accidents. Common distractions for truck drivers include: using the radio communication device, using a cell phone, eating, writing or reading, sightseeing, and looking at maps while driving.

Texting alone can make a driver over 20x more likely to be involved in some type of accident according to a study from the Federal Motor Carrier Safety Administration.

How Do Truck Accidents Differ from Car Crashes?

With larger average loads and longer operation hours, commercial trucking vehicles can create accidents that create more property damage, cost more in medical bills, and have higher chances of death for those involved when compared to a typical car accident.

Worse Property Damage in Truck Accidents – Since commercial loads can sometimes range up to 100,000 pounds in weight, these vehicles can slam into other objects with tons of force behind them. 18-wheelers are also less agile in slowing down and turning when compared to normal cars, so commercial truck collisions often involve large amounts of momentous force with little warning beforehand. With millions at stake in a typical truck accident, the insurance policies for commercial truck drivers tend to be much higher in premium and payout amounts. Compared to standard vehicle insurance plans, truck coverage policies can be over 40x larger to cover the risks.

Severity of Injuries in Trucking Accidents – Commercial trucking vehicles are much larger & heavier than average cars are. This difference can create disastrous crashes for other vehicles that are lower to the ground, leaving them crushed or mangled and occupants severely injured or dead. Death, paralysis, and serious injuries of the spine & brain are the most common injuries suffered from trucking accidents.

Cost of Medical Bills – With injuries in these types of accidents being more severe on average, the cost of medical care for survivors also tends to be higher than with normal vehicle accidents. Drivers of other vehicles involved in trucking accidents often suffer crippling injuries that require care for the rest of their life, costing thousands or even millions in care in the long run.

What Should I Do If I’ve Been Involved in a Truck Crash? 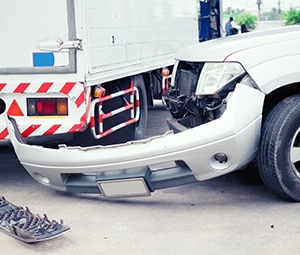 The first things to do after being involved in a vehicle accident are contacting the police and getting a medical examination. The police report helps reconstruct how the accident occurred and can be a pivotal piece of evidence in a trucking accident claim. Getting immediate medical treatment is important for creating a record for the injuries that were sustained as a result of the accident as well.

It is also critical that you wait to speak to the insurance companies until after you’ve consulted an attorney about the situation. The insurance companies may seem like they’re trying to help, but their goal is to pay out as little as possible, so it is pertinent to avoid giving them information that they can use against your insurance claim.

Finding proper legal representation for your claim can be the most important element determining how much you can recover. An experienced personal injury lawyer can help you interview witnesses & medical staff, analyze evidence such as police reports & medical records, consult investigation experts to help reconstruct how the accident occurred, obtain important information about the truck driver’s drug/alcohol test results, and keep you in contact with the involved parties.

An attorney can help you navigate the complicated situation and can increase the amount you can recover by up to 5x as much as you would representing yourself.

Contact a California Trucking Accident Attorney with Years of Experience

An experienced accident attorney can help you build a winning case to get the compensation you & your family deserve. Contact us today at (213) 884-4881 or [email protected] to get the representation you need today.

Would definitely recommend to everyone. Super professional and knowledgeable staff, immediately got to work finding me the proper medical care I deserved and rental car. All my needs and concerns were timely addressed and handled. The whole experience with Sam and his staff was great from communication to final result and settlement. Thank You!!