Have you or a loved one been seriously injured in a car accident? You don’t have to face the insurance companies alone. Our car accident attorneys can help you get the representation that you deserve. 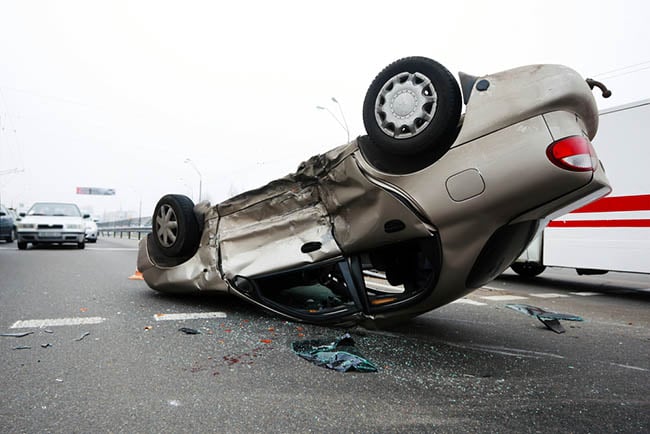 Vehicle accidents are one of the leading causes of personal injury in America. It’s estimated that auto accidents claim a life every 12-15 minutes, but when the crash is the result of another driver’s negligence or careless actions, those injured in the accident have the right to hold the responsible individual(s) to their actions.

A car accident lawsuit may not be able to right the tragedy, but it may be able to at least help those who were negatively affected get compensation for things such as:

A successful personal injury claim involves piecing together the circumstances which caused the accident and showing how the other party’s actions directly contributed to its occurrence. For fender benders and rear-end collisions, this can be a straightforward process, but for t-bone collisions, head-on accidents and mechanical deficiencies, determining fault can be more complicated.

California is considered a fault state which means that another driver has to be found responsible for causing the accident for you to be able to seek damages with an insurance claim. According to California’s comparative negligence law, each driver can be responsible for a percentage of the fault. So if you’re 10% at fault for an accident that caused you to suffer $100,000 in damages, the amount you can be rewarded for damages is decreased to $90,000. This can have a significant impact on the compensation received from your claim.

To prove that negligence occurred, it must be shown beyond a reasonable doubt that:

When an accident occurs because of a lack of proper maintenance of the road, it may be possible to file a case against the department, city, or state responsible for the negligence of the road conditions.

Millions of drivers are injured in car crashes in America each year. California is a state with over 40 million residents, many of whom drive every day. With more than 500 miles of highways, 20,000 miles of road, and nearly 400 miles of highway in Los Angeles alone, California sees a large volume of car accidents daily. Here are some of the other statistics from the California Highway Patrol and the National Highway Traffic Safety Administration about car crashes in the golden state:

These are the types of accidents that most commonly result in potentially serious injuries for the parties involved.

Head-On Accidents. When two vehicles collide with each other while heading in opposite directions, even at lower speeds, a tremendous amount of force is involved. Head-on collisions can result in severe injuries or death for all parties involved.

T-Bone Accidents. These collisions involve the front of a car hitting the side of another car. With the passenger section of the vehicle often receiving a brunt of the force, t-bone collisions can be deadly for all occupants involved.

Sideswipe Accidents. These types of accidents occur when vehicles collide in a side-to-side fashion. Sideswipes commonly occur in parking lots or on the freeway when a driver changes lanes without checking their blind spot. Depending on the speed of the vehicles involved at the time of the accident, injuries from side collisions can range from mild to life-threatening.

Single-Vehicle Accidents. When a vehicle crashes into fixed objects as a result of a driver losing control, severe injuries can occur with only one vehicle involved. Reckless driving, mechanical failure, driver fatigue or intoxication, and dangerous road conditions are common causes of single-car crashes. In Los Angeles, there are between 300-500 single-vehicle crashes each year.

Vehicle Rollovers. A flipped vehicle can create an extremely dangerous situation for occupants. A huge majority of the fatalities that occur from rollovers happen in single-vehicle crashes. 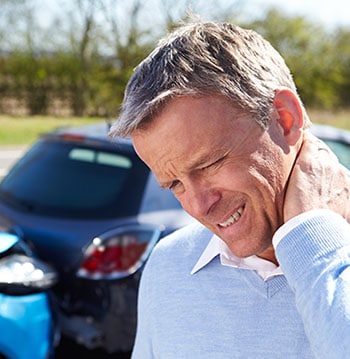 If you’ve been injured in a car accident, the first two things you should do are call the police and get medical treatment. These are critical pieces of evidence in most car accident cases in California and can help support your claim. The police report will help to reconstruct the conditions of the accident while the medical tests & procedures can validate and record the severity of the injuries received as a result of the accident. Ideally, you would also want to take pictures of the accident and collect the other driver’s insurance information as soon as possible after the crash occurs.

It is essential to follow all recommendations made by your doctor during the recovery process whether it’s in regard to medication, treatment, or therapy instructions. Failure to do so can leave you liable for a larger portion of the negative outcome(s) of the accident, which will also reduce the amount you are able to be rewarded in a settlement.

After receiving medical treatment, the most important thing to do in the wake of an accident is to speak to a lawyer before talking to insurance companies. It is important to avoid telling the insurance adjusters anything that they can use to deny your claim or reduce the amount they have to pay you. An experienced car accident attorney can help you avoid the common traps that insurance companies use to deny settlements in accident claims.

Get Help with Your Car Accident Claim in California

Negotiating a settlement with car insurance companies takes a lot of work, and it may not be something you’re interested in doing after you’ve been involved in a car accident. A California car accident lawyer can help you maneuver the intricacies of an accident claim and get you the best possible results for your case. An attorney can help you: receive suitable medical treatment, collect evidence for your case, determine damages sustained as a result of the accident, and help you recover the most compensation.

Contact an experienced car accident lawyer at Heidari Law Group to get compensation for the injustice you’ve suffered.