Get help from an experienced team of personal injury lawyers dedicated to fighting elderly abuse. 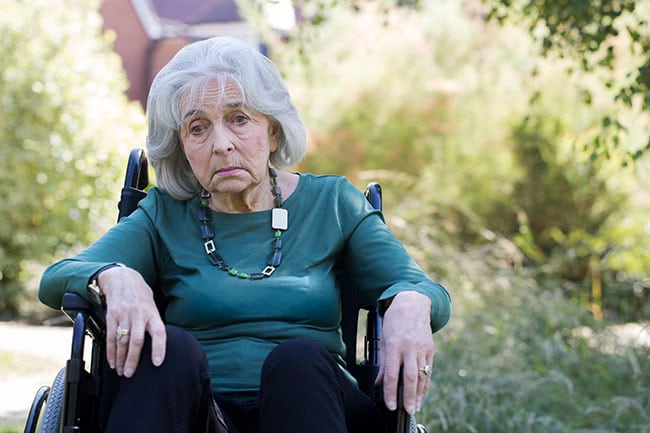 As many as one in six older adults — that’s the estimated number of victims of elder abuse each year. Worse, almost two-thirds of nursing home staff members admit to such behavior. Psychological and physical abuse are the most common forms of such perversion. Other studies found that up to two million elderly US adults have suffered from abuse. Their abusers were none other than the people they relied on for care and protection.

With that said, it’s best to retain a nursing home abuse attorney if you think that a loved one is a victim of such acts. The sooner you do, the sooner you can get justice for your abused elderly family member.

Nursing Home Residents at the Most Risk of Abuse

The most recent report says that about 1.4 to 1.5 million people in the US live in nursing homes. 85.5% are 65 years old or older, while the rest are 64 or younger. Of these residents, the most at risk of abuse are the older ones and those who are quite sick.

As to why this is the case, one possible reason is that many elderly adults often have memory problems. Almost half of nursing home residents have a form of dementia, such as Alzheimer’s disease. Their inability to recollect events can make them a target of elder abuse in a nursing home.

In some cases, the very sick get abused because they are unable to defend themselves.

For instance, some studies found that six in 10 residents are bedridden or chairfast. Some 65% of residents are also always on medications, including sedatives. That makes them defenseless, which is why they are at a considerable risk of becoming abused.

The Many Faces of Nursing Home Abuse

Nursing home abuse can be physical, psychological, sexual, or even financial. It’s any willful act that involves injuring or harming a resident. It’s intentional conduct that causes the victim pain, suffering, and sometimes, even impairment.

Researchers have even found evidence of improper use of restraints in nursing homes! What’s even worse is that the staff used not only physical but also chemical restraints.

Emotional or psychological abuse often takes the form of threats and intimidation. Nursing home staff members may also ridicule, insult, yell at, or even scare residents.

Sexual abuse or any form of a nonconsensual sexual act also occurs in nursing homes. This can involve rape, sexual assault, indecent exposure, or unwanted touching.

Many nursing staff members and caregivers have also scammed their patients. Estimates show that such acts contribute to US seniors losing $3 billion to $37 billion each year.

Nursing home abuse is different from neglect in that the latter is a failure on the side of the nursing home. It’s a failure to deliver the services necessary to maintain the quality of life of residents.

For example, negligence can occur if the home fails to protect its residents from harm. These can include falls, burglarized rooms, or residents wandering out of the compound. In this case, the nursing home could be liable for negligent security.

Either way, you should get in touch with a nursing home abuse and neglect attorney as soon as possible. This way, you can stop the abuse or neglect that’s harming your elderly loved one.

How a Nursing Home Abuse Attorney Can Help

One of the first things that a nursing home abuse and neglect lawyer will do is look for viable witnesses. This is in addition to your beloved family member who suffered from the hands of abusers. Such witnesses may include other coherent residents of the facility.

The goal here is to find out if anyone has witnessed the unacceptable behavior of the nursing home staff.

Aside from talking to witnesses, your attorney can also do the following on your behalf.

Interview the Families of Other Residents

A nursing home abuse law firm also has the legal means to locate the family members of other residents. From there, the lawyer can ask them about their own experience with the home. It may turn out that these other families also encountered signs of nursing home abuse.

All that can be significant evidence, which could then help strengthen your case.

A 2015 study found at least 35 cases of nursing home workers posting abusive photos of residents. These images were downright dehumanizing, with some of them having violated the law.

Your nursing home abuse attorney can sift through these social media accounts. Your legal team will look for any evidence online that the nursing home has been abusive. They will take the time to find out if the facility’s workers have dehumanized your loved one.

Track Down Former Employees of the Home

Many nursing homes in the US have turnover rates ranging from 50% to 100%. This high quittance rate is a top culprit behind the poor quality of care in many elderly facilities. It’s also one of the reasons why understaffed homes have overworked employees.

Extreme fatigue, in turn, can make people behave in a manner that’s way out of line. Unfortunately, it could also make them quick-tempered, and thus, abusive.

In many other cases, other employees can no longer tolerate their co-workers’ behaviors. As such, they quit.

Your lawyer will look at the employment history of the nursing home you want to sue. From here, they will reach out to previous employees and ask them about your loved one’s treatment. They will also inquire about the nursing home’s possibly unethical practices.

Obtain Inspection and Survey Reports of the Home

Your nursing home abuse attorney will do this on your behalf to find evidence of abuse or neglect. As legal experts, they would know if the nursing home violated state or federal laws.

For instance, under the Nursing Home Reform Act, facilities have a duty to prevent falls. They should have adequate fall prevention methods and devices in place. Failure to do so makes them liable for injuries resulting from slips, trips, and falls.

There are many other laws in place designed to protect elders, such as the Elder Justice Act. The State of California also has its laws on elder abuse. The Golden State, in fact, has three programs designed to prosecute abusers of the elderly.

Your loved one’s medical records may be hard to obtain on your own due to confidentiality laws. However, your lawyer could do this for you to shed light on a nursing home’s unlawful conduct.

For instance, the records may be evidence of medical malpractice or physician errors. Conversely, it could prove that the facility failed to give necessary medical treatment. It could also confirm that your loved one didn’t receive adequate nutrition.

Once your legal team has gathered enough evidence, they will help you file the complaint. You can also expect your nursing home abuse lawyer to curate a demand letter. After officiating this document, they will mail it to the facility.

Depending on how you want to go about the case, your attorney can also negotiate with the nursing home. Most negotiations involve a demand for a settlement. This includes monetary compensation for your beloved family members’ injuries.

In the world of personal injury cases, there’s always a deadline for filing a lawsuit. These time limits are the “statute of limitations.” It’s the length of time given to plaintiffs to file a lawsuit against the defendant.

However, it could be hard to determine when the statute’s clock has started ticking in your case. The nursing home can exploit this area of the law in their favor. If you put off filing the lawsuit, the defendant may make it seem that they didn’t cause the injuries.

That’s why it’s vital to speak to a lawyer as soon as you suspect nursing home abuse. This way, you’ll have a legal team who’ll unearth evidence proving your claim. From here, they’ll make sure to file your lawsuit before time runs out.

As you can see, a nursing home abuse attorney can do most of the legwork on your behalf. They can serve as your guide from the get-go and assist you with every legal process.

The most important thing is to act now so that you can protect your elderly loved one. By taking immediate legal action, you can also prevent others from getting hurt.

Do you have suspicions about the nursing home where your elderly family member lives? If so, we here at Heidari Law Group can help keep your loved one safe from the hands of abusers. Get in touch with an experienced nursing home neglect attorney today for a free consultation.