Two children killed while using a crosswalk in Westlake Village

On Tuesday, September 29, 2020, two boys were hit by a suspected DUI driver, and the two children (brothers) were killed while crossing the street using a crosswalk in Westlake Village, CA. The first brother was killed at the scene, while the other brother died a few hours later at the hospital.

The accident occurred in Westlake Village at the intersection of Triunfo Canyon Road and Saddle Mountain Drive at around 7:10 p.m. on Tuesday evening. The two brothers were 11 years old and 9 years old. The driver of the vehicle is Rebecca Grossman, 57, and was booked on suspicion of two counts of vehicular manslaughter and a DUI.

Rebecca Grossman is the wife of a plastic surgeon/reconstructive surgeon Peter Grossman, who is also the president of the Grossman Burn Foundation in West Hills.

A wrongful death in an auto accident (vehicular manslaughter) is one of the most devastating things for a family to go through. A wrongful death is a fatality caused by someone’s negligence and failure to use reasonable care. In this case, the driver is suspected to be Driving Under the Influence (DUI), which is an example of a negligent act. Speeding could have also been a factor, failing to stop in time for the crosswalk. The two children were also using a legal crosswalk to cross the road with their family. Failure to yield and stop at the crosswalk, and checking for pedestrians is a contributing negligent factor here as well.

In this situation, an experienced car accident attorney may be able to help the family recover compensation for the two wrongful deaths and vehicular manslaughter under California Law.

Below are two sections, one on “Vehicular Manslaughter” and the other on “Wrongful Death”. 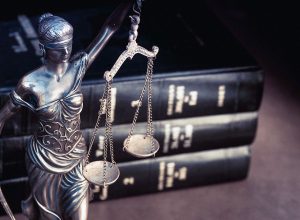 California Penal Code 192 – Manslaughter is the unlawful killing of a human being without malice.
(c) Vehicular—

(3) Driving a vehicle in connection with a violation of paragraph (3) of subdivision (a) of Section 550, where the vehicular collision or vehicular accident was knowingly caused for financial gain and proximately resulted in the death of any person. This paragraph does not prevent prosecution of a defendant for the crime of murder.

(e) “Gross negligence,” as used in this section, does not prohibit or preclude a charge of murder under Section 188 upon facts exhibiting wantonness and a conscious disregard for life to support a finding of implied malice, or upon facts showing malice, consistent with the holding of the California Supreme Court in People v. Watson (1981) 30 Cal.3d 290.

A cause of action for the death of a person caused by the wrongful act or neglect of another may be asserted by any of the following persons or by the decedent’s personal representative on their behalf:

(2) As used in this subdivision, “putative spouse” means the surviving spouse of a void or voidable marriage who is found by the court to have believed in good faith that the marriage to the decedent was valid.

(c) A minor, whether or not qualified under subdivision (a) or (b), if, at the time of the decedent’s death, the minor resided for the previous 180 days in the decedent’s household and was dependent on the decedent for one-half or more of the minor’s support.

Contact an Attorney for a Wrongful Death in the Family

Having a wrongful death in the family is a difficult process to go through. Especially if there is gross negligence in a vehicular manslaughter case. Contact an experienced wrongful death attorney to review your case today. At Heidari Law Group, we are here to help you with your case and what you may be entitled to legally.