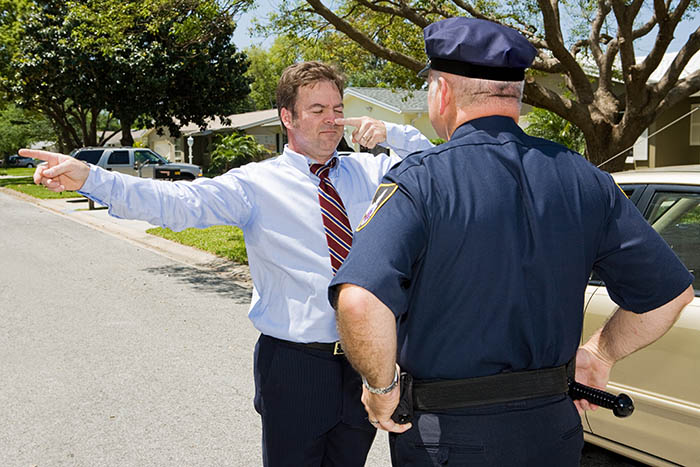 According to the National Highway Traffic Safety administration, also known as the NHTSA, alcohol is the number one reason for vehicular homicides. One person every 52 minutes passes away due to a drunk driver. More than 10,000 people have died each year in America due to drunk driving.

If you or a loved one have been involved in a vehicular homicide due to drunk driving, it is important to seek legal assistance immediately. Whether you are the driver who caused the accident, a driver who sustained injuries in the accident (not at fault), or have a family member who passed away due to a drunk driver, you should seek a Los Angeles car accident attorney to help you build your case. A drunk driver who caused the car accident should seek a criminal defense attorney immediately for any potential lawsuits that may arise in the near future after that accident.

Driving under the influence is a type of strict liability offense. This means that it does not matter what your mental state was as you were driving drunk. As long as you drove drunk, you could be found guilty for any of the vehicular manslaughter penalties.

Many states give their prosecutors the option to choose between these below offences. Generally, charges one could face from causing a vehicular homicide may include:

Each state has various laws to determine what type of charges a drunk driver will face when a homicide occurs. For example, in California, defendants may face 0 to 10 years in prison for gross vehicular manslaughter while intoxicated. Imprisonment in the state could be 4, 6, or 10 years, and the fines imposed should not be more than $10,000. Vehicular manslaughter while intoxicated could result in imprisonment in the county jail for not more than one year, or in state prison for 16 months.

The exact California law is stated below:

191.5 (b) Vehicular manslaughter while intoxicated is the unlawful killing of a human being without malice aforethought, in the driving of a vehicle, where the driving was in violation of Section 23140, 23152, or 23153 of the Vehicle Code [DUI laws], and the killing was either the proximate result of the commission of an unlawful act, not amounting to a felony, but without gross negligence, or the proximate result of the commission of a lawful act that might produce death, in an unlawful manner, but without gross negligence.

In Nevada, defendants could face 2 to 25 years for vehicular homicide. Vehicular homicide could result in imprisonment for life with the possibility of parole after 10 years. The full text could be read below:

(a) …does any act or neglects any duty imposed by law while driving or in actual physical control of any vehicle on or off the highways of this State, if the act or neglect of duty proximately causes the death of, or substantial bodily harm to, a person other than himself, is guilty of a category B felony and shall be punished by imprisonment in the state prison for a minimum term of not less than 2 years and a maximum term of not more than 20 years and must be further punished by a fine of not less than $2,000 nor more than $5,000. A person so imprisoned must, insofar as practicable, be segregated from offenders whose crimes were violent and, insofar as practicable, be assigned to an institution or facility of minimum security.

What if I Was a Passenger in the Car?

A common question our car accident attorneys receive is whether someone is guilty of homicide if they were a passenger in the drunk driver’s car. It is possible for a passenger to be convicted of vehicular homicide as well, however it depends on the specific case.

Is a Drunk Driver Responsible for My Injuries if I Was a Passenger in the Car?

A Criminal defense attorney who is representing the drunk driver may argue several types of defenses in court to defend their client. Our experienced attorneys will employ different types of strategies depending on the case at hand. But some common defense strategies could include arguing that the blood level alcohol test was invalid. For example, the officer, when taking the blood alcohol test, had not followed procedures exactly to the point. Because of this mistake, the blood alcohol level reached an invalid number. Further, if there was a different compelling reason for hitting the other driver, it may negate the homicide defense. For example, if the drunk driver experienced a heart attack, and as a result hit the plaintiff, the drunk driver should not be charged with the highest offense. Defenses may vary according to different type of state law.

A defendant may even raise the issue that the drugs were taken for a medical condition. These instances can vary on a case-by-case basis. That’s why it is important to get a consultation with a criminal defense attorney in your area as soon as possible.

Our attorneys will work to determine what specific strengths and weaknesses you have in your case and determine the best legal strategy, whether you were the driver or were injured by a drunk driver. Our team of experienced Los Angeles DUI attorneys understand prosecutors and courthouses in Los Angeles and will be able to handle your case in a realistic way and work to get the justice you deserve.